* This app is for Early Access, but all game data is maintained even when it is officially released.
New
0/5 No votes
Report
Developer
Dreamplay GamesUpdated
Jul 14, 2022Size
139.51 MBVersion
Varies with deviceRequirements
Varies with deviceDownloads
1,000+Get it on

* This app is for Early Access, but all game data is maintained even when it is officially released.
* Balance and content modifications may be made before the official release.

Defend against the enemy's attack with your own unique strategy and conquer the battlefield!

■ Personal strategic elements!
A connection system that utilizes the relationships between characters!
Create the strongest battle combination through the ties of the Three Kingdoms characters.

■ Solo fun! History Mode
Scenarios ranging from the Yellow Turban Rebellion in 184 to the unification in 280!
Experience the history of the Three Kingdoms and experience the fun of playing alone.

■ Real-time 1:1 PVP! Battle Mode
The last one standing will be victorious!
Use your own meticulous strategy to defend against the enemy.

■ Combine your powers to defeat the enemy! Coop Mode
Yesterday’s foe is today’s friend!
Join forces with a friend to defend against enemy attacks and reach higher waves.

■ Conque the nation! Challenge Mode
Who will be the reigning emperor over the Wei, Shu, Wu, Han, and Qún?
Join a nation, grow your kingdom, defeat the enemy, and expand your influences. 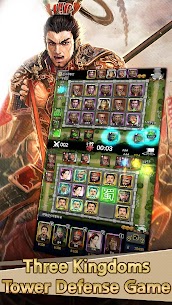 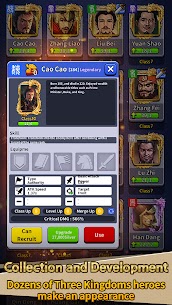 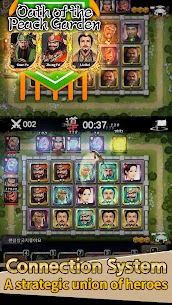 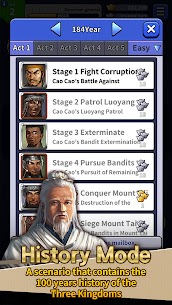 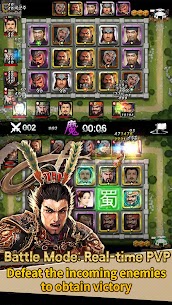