Become the commander of the PMC “Bolter” that is fighting against APEX that has dominated the Earth after the apocalypse!
0/5 No votes
Report
Developer
Dreamplay GamesUpdated
Aug 17, 2022Size
144.16 MBVersion
Varies with deviceRequirements
Varies with deviceDownloads
10,000+Get it on

Become the commander of the PMC “Bolter” that is fighting against APEX that has dominated the Earth after the apocalypse!
* This app is in a pre-release state, but all the game data will carry over even after the official release.
Large areas of the Earth have become inhospitable due to an unknown Great Explosion (Second Impact).
The Second Impact caused cracks in the dimension, and created dimensional cracks called the “Abyss” throughout the continent.
Various monsters, zombies, and migrants came in through the Abyss from another dimension, and an organization called APEX, that reigned over the continent before the Great Explosion, took control of the Abyss and established “Kingdom”.
In order to resist the tyranny of Kingdom, a resistance force of beautiful girls called “Bolter” was established, and you became the legendary commander of Bolter.


[Apocalypse World, Second Impact]
Otherwordly monsters and zombies ran rampant after the Great Explosion (Second Impact), and APEX (Kingdom) forcibly took control of the humans.
Become the commander of the resistance force ‘Bolter’ on the devastated continent that has been taken over by monster, zombies, and the tyrannical APEX (Kingdom).

[Beautiful Girls Collecting RPG]
You as the commander of ‘Bolter’ must recruit talented soldiers to fight against monsters, zombies, and Kingdom (Empire).
Each of your recruits are beautiful girls that could appear in an anime, and also possesses special abilities.
The beautiful girls who will take to the battlefield in this violent and gruesome apocalyptic world, are separated into various ranks of Quality, Rare, Epic, and Legendary.

[Specialization and Weapons]
Your recruits have been assigned appropriate specializations of Ranger, Charger, Artillery, Sniper, and Support.
In order to achieve the best results, you need to be find or manufacture a variety of weapons suitable for your troops.
Rangers use AR (Assault Rifles), Chargers use SG (Shotguns), Artillery uses GL (Grenade Launchers), Snipers use RF (Rifles), and Supports use SMG (Submachine Guns).

[Collection and Manufacturing]
There has been a shortage of food and equipment since the Great Explosion (Second Impact).
Additionally, APEX (Kingdom) has taken sole control over the resources, and are forcibly controlling the civilians.
You must obtain various materials to create food and manufacture equipment to become self-sufficient.

[Cute 2D Illustrations & Pixel Characters]
There are more than 50 cute characters with charming 2D illustrations and pixel character avatars available in the game. 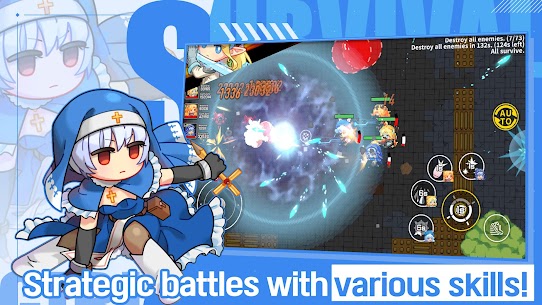 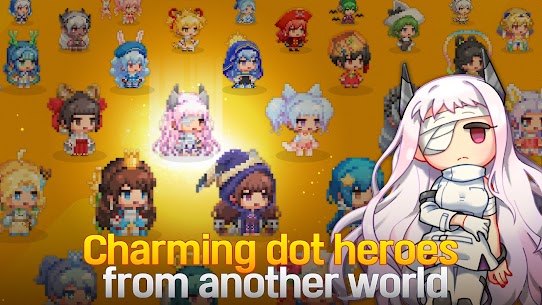 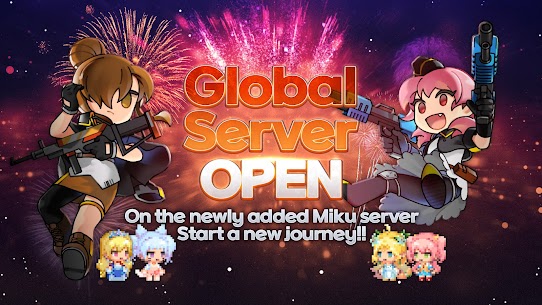 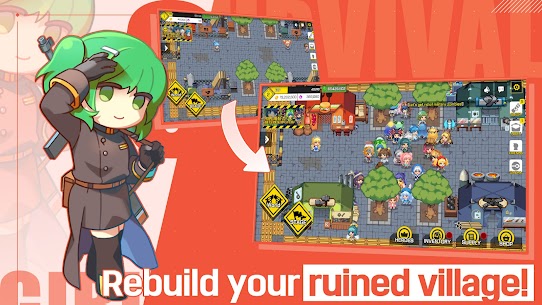 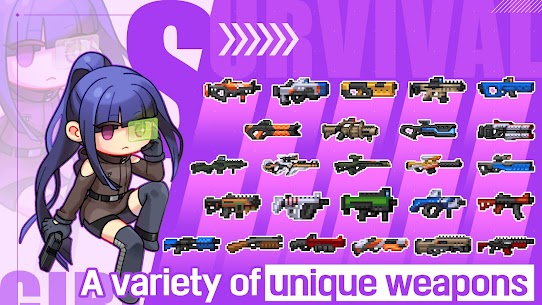